As TERC celebrates more than 55 years in STEM education, we are especially grateful to our founder, Arthur H. Nelson, who passed away in 2015.

Nelson was a noted entrepreneur, passionate about innovation, technology, and education. He led the organization in its early days and served as Chairman of the Board of Trustees until 2013. Originally, the acronym TERC stood for Technical Education Research Centers—a title that encompassed the technical and vocational education endeavors of the organization at the time. We’ve come a long way since then. Now we are solely known as TERC, and our project research and development extend across all areas of STEM education, serving K-12 classrooms, museums, afterschool programs, community colleges, adult education centers, universities, and other research institutions.

TERC comprises a dedicated team of approximately 90 staff members based all around the United States. Approximately 60 percent of these staff members hold advanced degrees across a range of disciplines, and many of them have achieved national and international recognition for their contributions to their individual fields as well as educational research, curriculum development, and professional development. We share the common goal of transforming STEM education, making STEM more accessible to all learners, and igniting passion for lifelong learning. 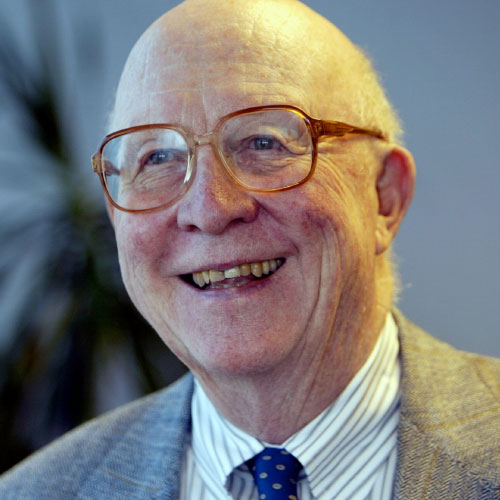 During the summer of 1965, TERC’s founder Arthur Nelson met with several colleagues at a conference on improving technical education. This small team assembled a plan for a new research and development laboratory in Cambridge, Massachusetts. From their own academic experience, TERC’s founders knew the power of a research laboratory to drive innovation and change, and they envisioned a non-profit R&D center that could play a critical role within local education infrastructure. They created the Technical Education Research Centers (TERC), opened a location in Harvard Square, and paved the way for innovations that have advanced the teaching and learning of mathematics and science.
1970
Aug 01

In 1973, TERC expanded from its base in Cambridge to open satellite offices in locations around the United States, including Waco, Texas and Washington, DC.

In 1974, Jimmy Carter became chair of the DNC and announced his candidacy for president in December 1974. He spent the next two years touring around the country meeting many people. One stop on his itinerary included TERC’s headquarters! 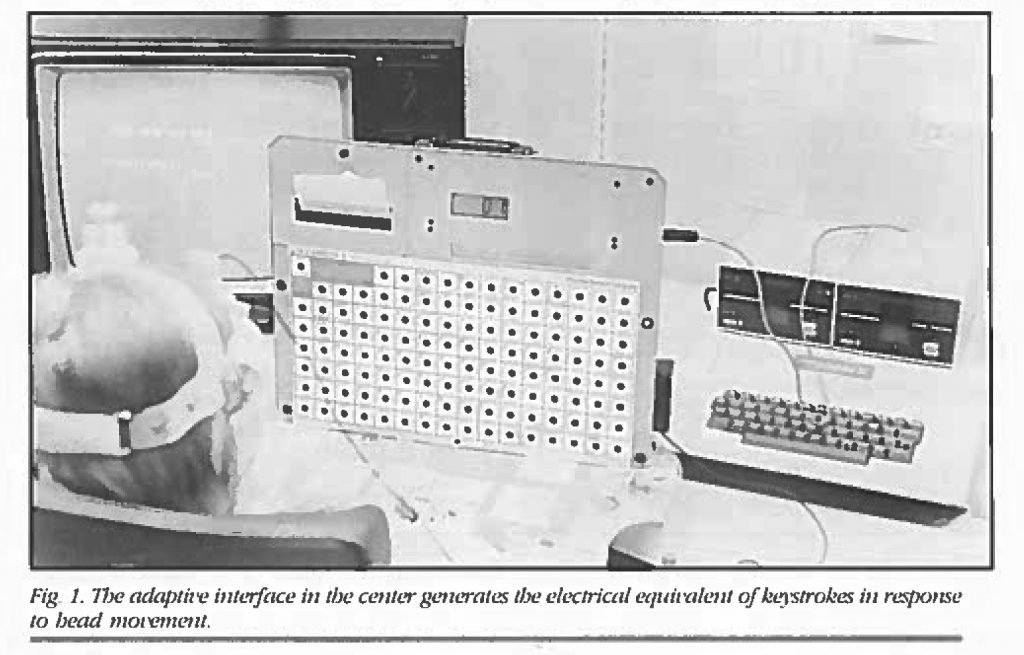 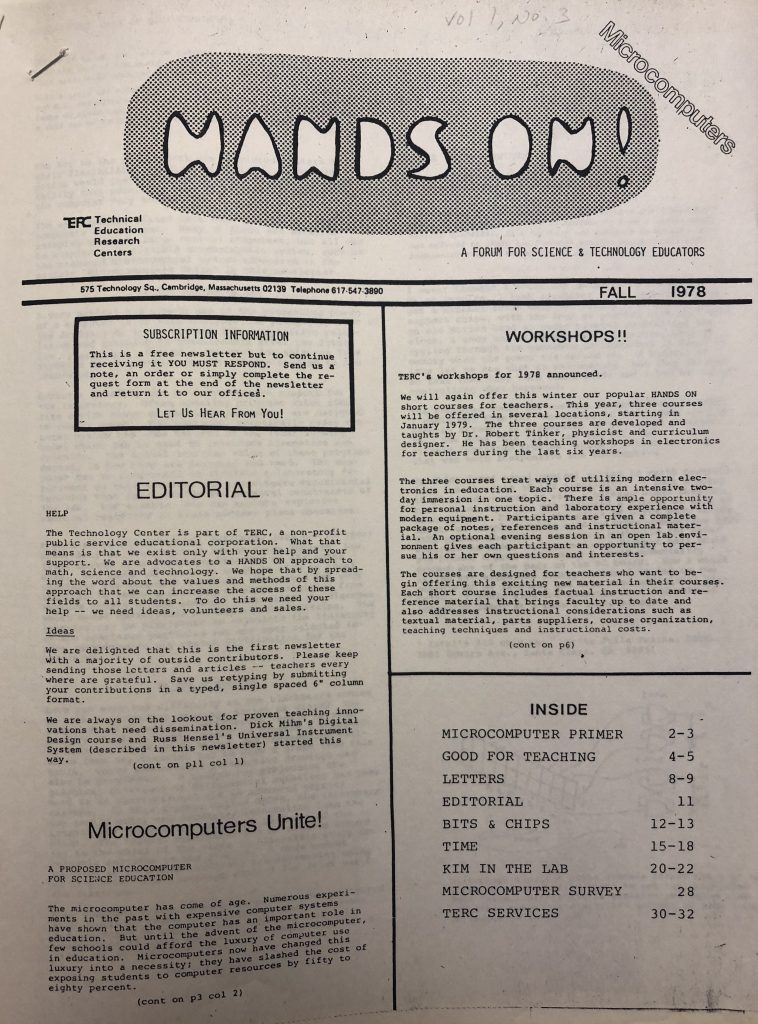 The magazine continues to provide TERC staff an outlet to describe their current work to a larger audience.

The Nuts and Bolts of NTO: A Handbook for Coordinators of NTO Programs for Women and Time for A Change, A Guide for Women Considering NTO Careers Published

TERC staff spent two years conducting a national project to find out what could be done about women’s low participation in male-intensive occupations. Through many interviews with coordinators of programs that recruited, trained, and placed women in skilled and technical jobs, researchers learned what to do and not to do to promote women’s success. They compiled their suggestions into two books containing guidelines for programs in non-traditional occupations (NTO), from planning to follow-up, and tested the guidelines at five post-secondary vocational and technical schools. The results were remarkable: 372 women enrolled in male-intensive occupational programs, and the programs enjoyed an excellent retention rate. All five NTO program coordinators were rehired by their schools with inside funding after the end of the TERC-funded field test.

Funding for Microcomputer Based Laboratories (MBL) 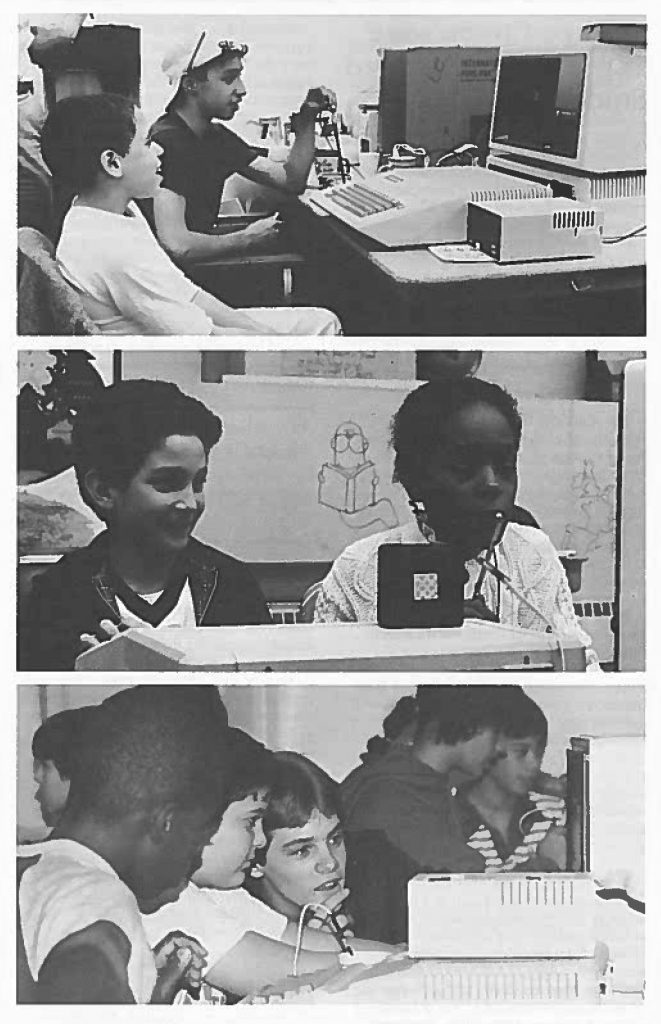 TERC pioneered the use of microcomputers, telecommunications, and Geographic Information Systems (GIS) in the classroom, leading to the development of curriculum and professional programs by TERC (e.g., NGS Kids Network, Global Lab) and many other organizations that engage students in scientific investigations — collecting and analyzing data as they research questions in the physical, life, and Earth sciences. 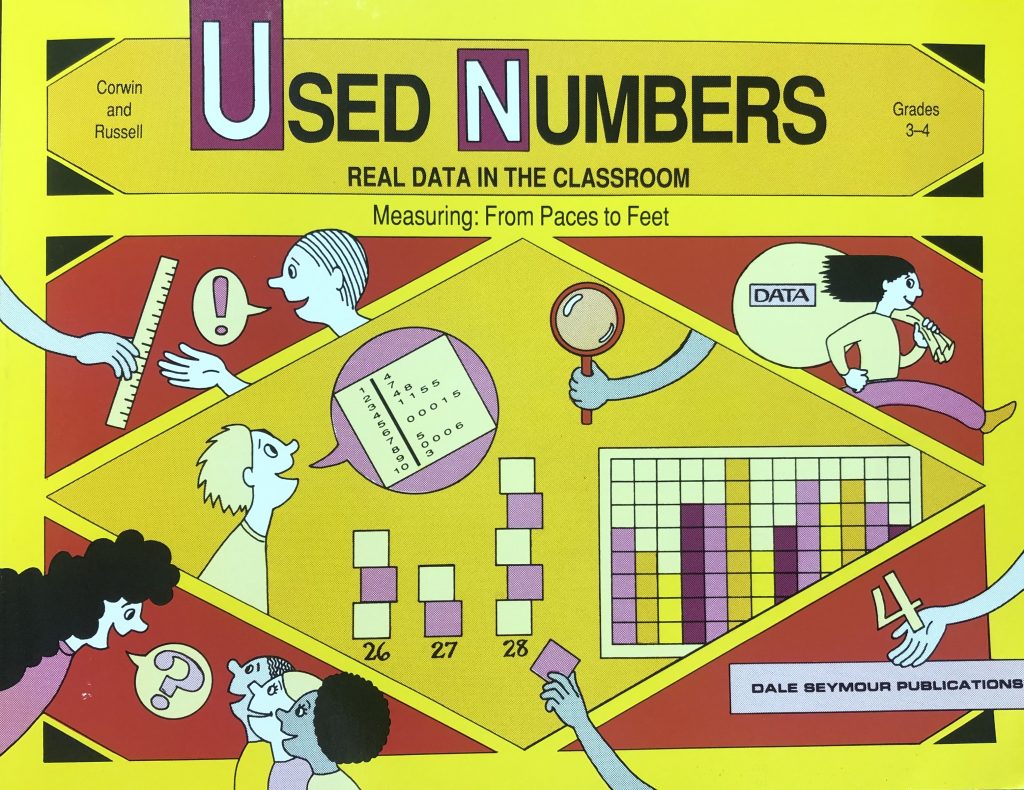 Prior to the 1989 release of the National Council of Teachers of Mathematics Curriculum and Evaluation Standards for School Mathematics, TERC began developing
Used Numbers — a series of curriculum units that focus on data analysis in grades K-6. This publication marked the beginning of TERC’s later curriculum Investigations.

The Kids Network Project represented a new kind of partnership between education, business, and government. Students worked in teams to decide how to collect data and determine its accuracy. After collecting and evaluating data, the students broadcast their findings over the National Geographic Kids Network, an international telecommunications network allowing students to conduct science research in their communities and share their findings with other students and professional scientists. Students in more than 8000 classrooms in 28 countries used the Kids Network.

LabNet established student research projects as an important and accepted part of science instruction throughout the United States by enhancing science teachers’ ability to involve students in science investigations. LabNet’s creators understood that high school science teachers, especially those in small or rural communities, are typically more isolated than other teachers simply because their numbers are so few. LabNet promoted interaction among science teachers – giving motivation and support to do experimental collaborative, project-based instruction, using technology as appropriate. 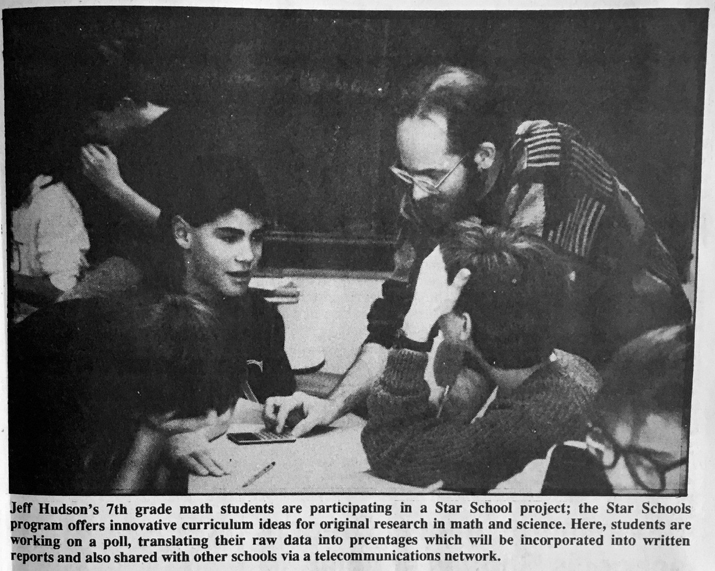 The Star Schools program was funded as an innovative, hands-on mathematics and science curriculum that encouraged critical thinking, creativity, and collaboration. The program brought technological tools into the classroom for exploration and problem solving. 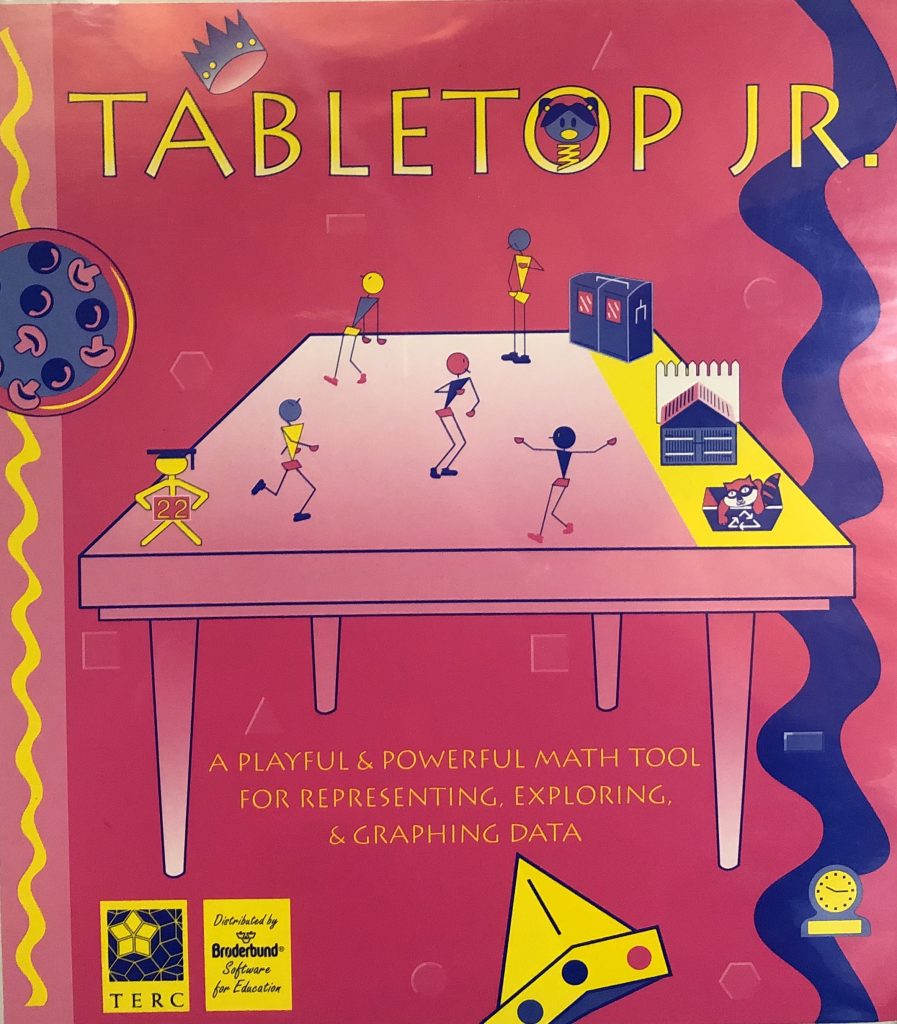 TERC’s research on statistical reasoning and how computers could help students see and analyze data led to the development of software tools such as Tabletop — a graphical data analysis and visualization tool.

Not only is this NSF’s first climate change curriculum but also the first climate change education grant awarded by NSF. An international network of schools participated in activities designed by TERC to help students use tele-collaboration to expand their scientific investigations beyond the classroom walls and into the world. 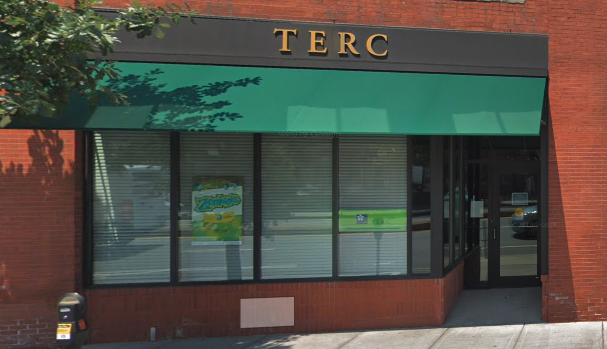 Needing space to accommodate growing programs and staff, TERC relocated to the renovated carriage factory space in Cambridge where we still reside. 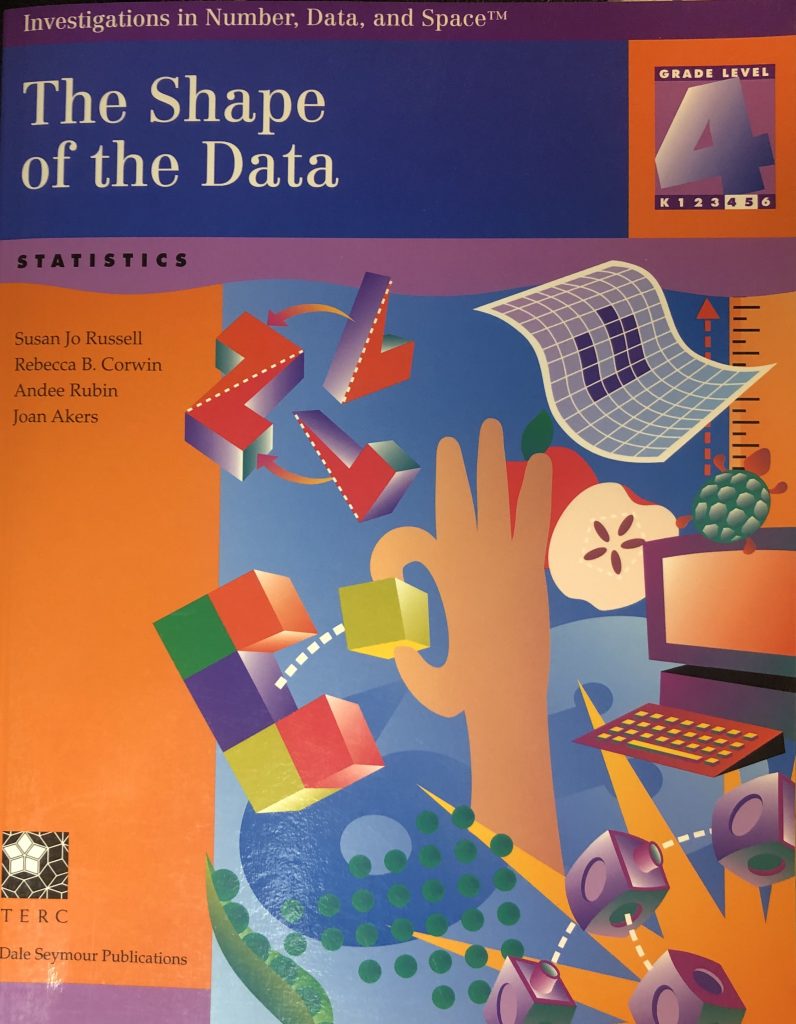 Investigations is a comprehensive math curriculum for grades K-5, designed to engage students in making sense of mathematical ideas. Several key goals guide the development of the curriculum, including communicating mathematics content and pedagogy to teachers.

PSL was a project that developed data-collection sensors and software on IBM PCs, building on TERC’s experiences with the ground-breaking MBL (Microcomputer-based Lab) project. It brought in a talented team of newcomers who became important in TERC’s work building software, curriculum, and teacher professional development using the PSL system.

The ViEW (Video for Exploring the World) project developed the CamMotion software, which allowed students to explore the mathematics of motion by creating and analyzing videos of their own movements, such as doing a cartwheel, jumping rope or riding a bike. The project was significantly ahead of its time, as video was analog – not digital – in the early 1990’s, so the first step in analyzing a video was to use a special “digitizer” to translate the video into machine-readable form. Then students used CamMotion to trace the position of a chosen point (e.g. their right hand) through consecutive frames, creating a trace of its motion over time, which was superimposed on a frame of the video. The software could then create graphs of x- or y-position over time, as well as calculate velocity. The system thus tied traditional physics and math representations to students’ embodied knowledge.

This research group has built a body of evidence that continues to challenge long-standing, historically structured deficit conceptions of the academic abilities, life experiences, and developmental trajectories of students from non-dominant communities.

LSC-Net, a web-based, interactive community, enriched the work of Local Systemic Change (LSC) initiatives throughout the country and supported collaboration among them. Three virtual conferences that addressed sustainability of systemic change came out of this project resulting, in the development of MSPnet. 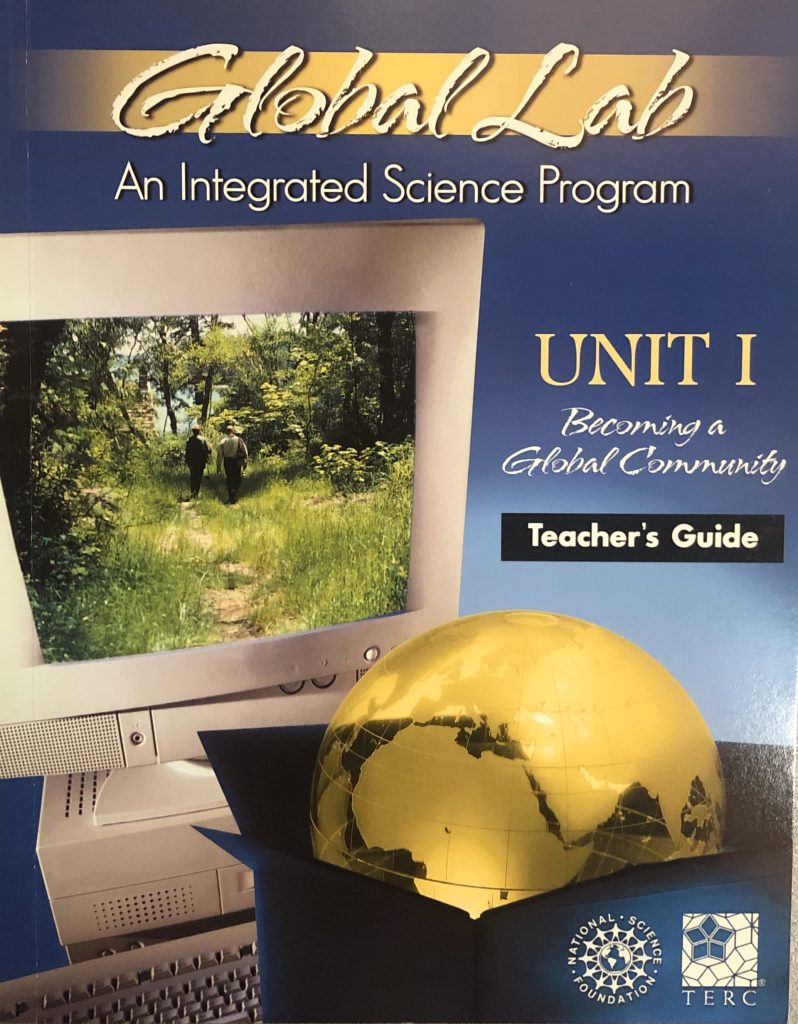 Global Lab launches students in grades 6–9 on a collaborative scientific enterprise. Students choose a local “study site” for interdisciplinary, hands-on explorations in four essential areas: interaction of matter and energy; bio-geochemical cycles; biomes and biodiversity; and Earth as a system.

Global Lab includes curriculum guide, 5 units (teacher and student books), instruments and supplies, and a network membership. The Investigating Science Outdoors eBooks developed by TERC are based on Global Lab. 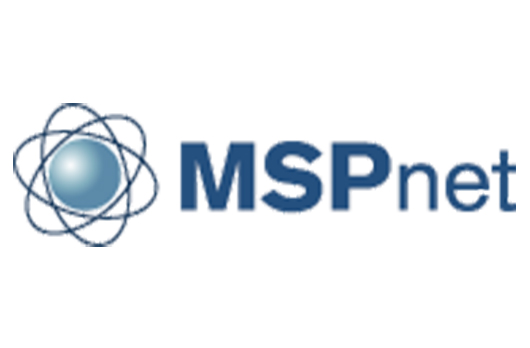 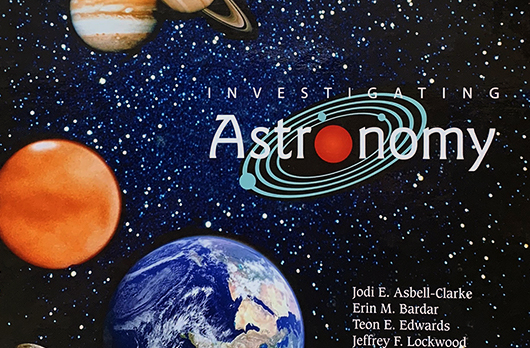 This research and development program was founded on the conviction that students can and should experience the life sciences as dynamic fields of inquiry whose diversity reflects the immense diversity of living systems.
LEARN MORE 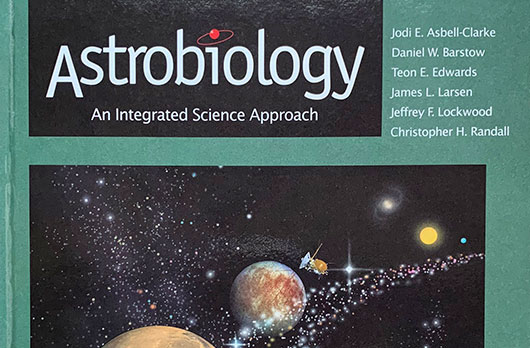 This full-year integrated science curriculum weaves its way through the disciplines of biology, chemistry, physics, astronomy, and Earth science, as well as sociology, ethics, and the psychology of human thought and behavior.
LEARN MORE 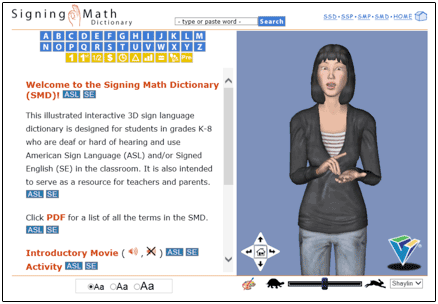 TERC and educational software developers at Vcom3D used SigningAvatar accessibility software to develop an interactive 3D dictionary of science terms and definitions to support access to standards-based science content among elementary and middle-grade students who are deaf or hard of hearing and whose first language is sign. The project continues to evaluate the extent to which use of the dictionary furthers understanding of science content, interest in science, and the ability to study independently. As the project evolves, it seeks to create a more robust sign/facial expression/body space library for use in developing subsequent volumes of the dictionary or in SigningAvatar-enabling other science materials. 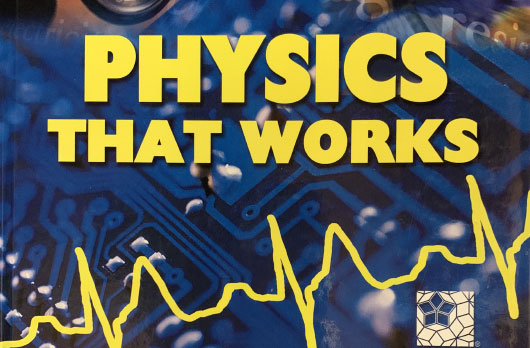 This year-long, project-based high school curriculum that situates standards-based science learning in authentic workplace contexts. The curriculum is based on the principle that all students learn better and more deeply when they learn in context, and on the belief that such an approach offers students who have not been engaged by abstract science the opportunity to achieve on a par with their peers.
LEARN MORE

The Second Edition of Investigations Published 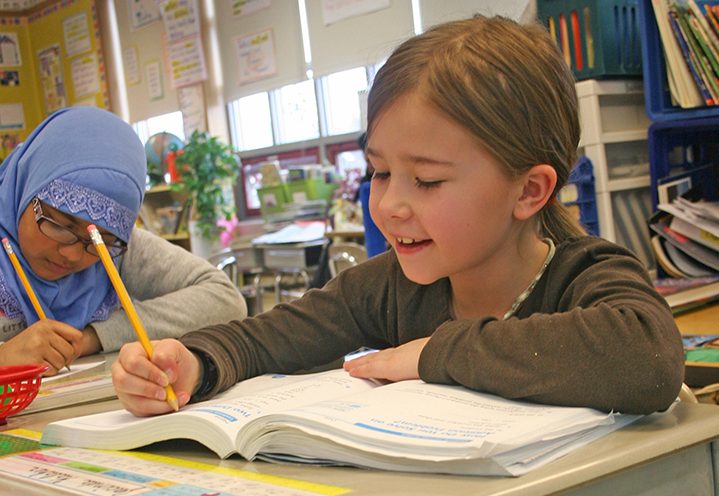 Between periods of development, Investigations focuses on supporting educators committed to improving the teaching and learning of elementary mathematics. The components of the Second Edition include a variety of features that address: professional development, early algebra, the range of learners, practice and review, and resources for families. 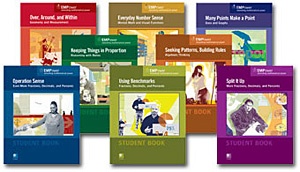 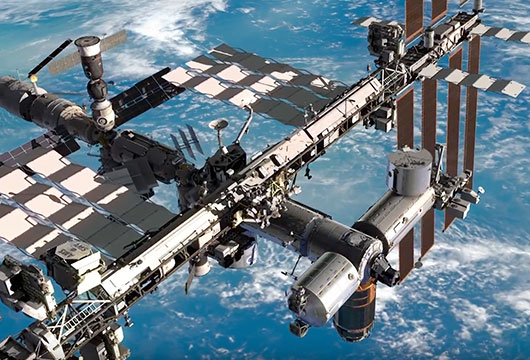 Students and astronauts use this powerful new tool to explore earth from space. 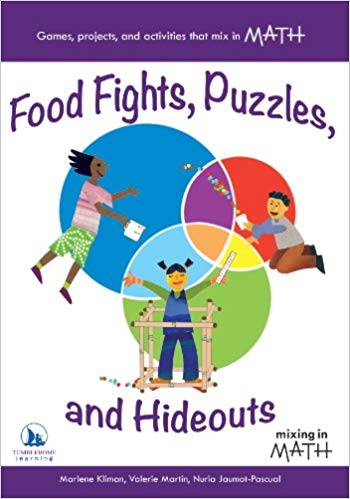 An 86-page full-color book, Mixing in Math contains mathematical activities with fun instructional pictures, all of which are connected to Common Core State Standards. 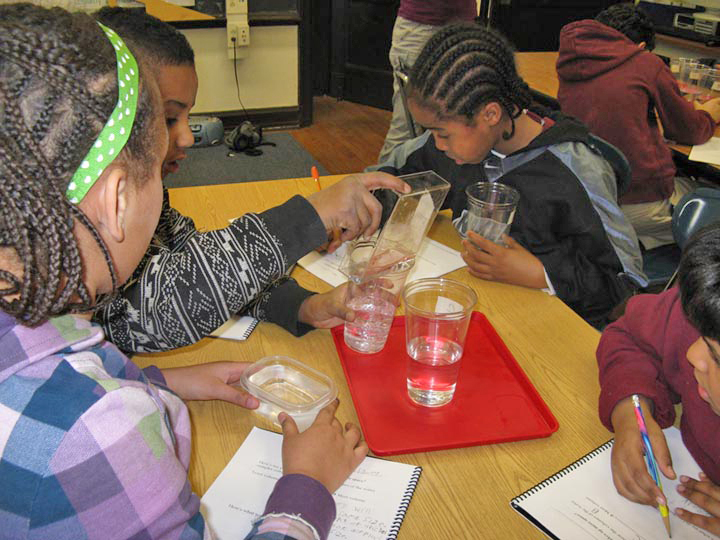 The Inquiry Project stems from a partnership between TERC and Tufts University. The project offers content and strategies to help elementary teachers lay the groundwork for molecular theory studies in junior high and high school by teaching concepts such as weight, volume, and density in grades 3-5. 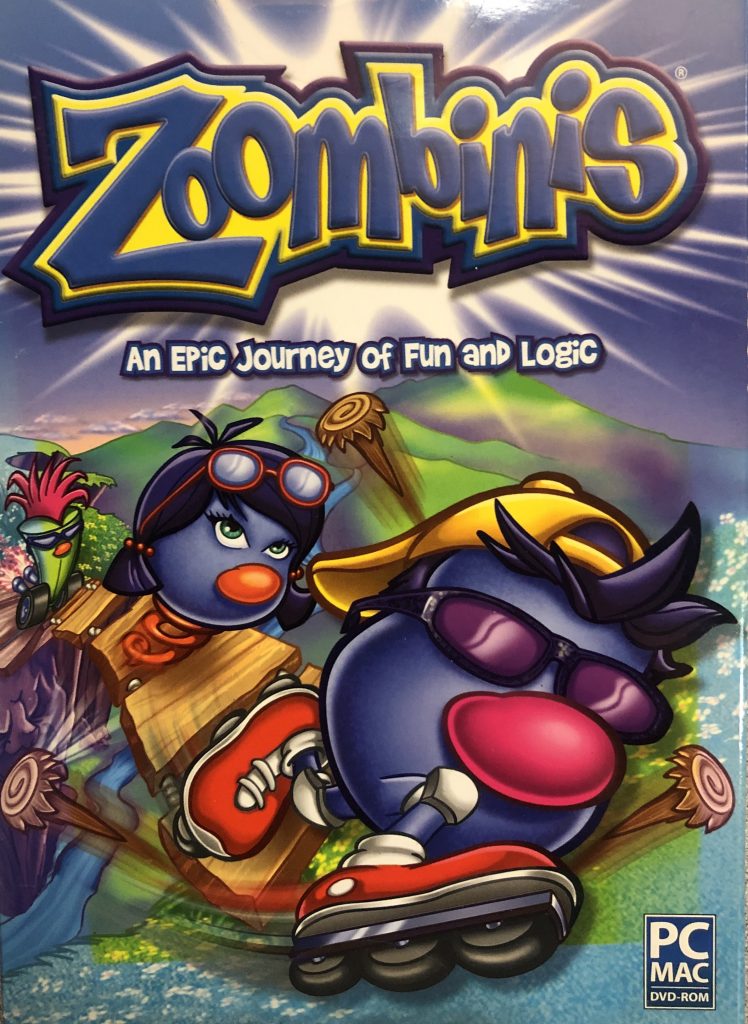 A Kickstarter campaign with a $50,000 goal to help fund new desktop versions of the game allowed fans of the 1990s release help bring the reboot to life, raising $101,716.

READ a USA TODAY article about the relaunch.

TERC revised and enhanced its groundbreaking mathematics curriculum for adult learners. The updated and enhanced versions of three titles (Using Benchmarks, Split It Up, and Everyday Number Sense) in the original EMPower™ series. EMPower Plus titles, as well as the original series, align with Career and College Readiness Standards for Adult Education. 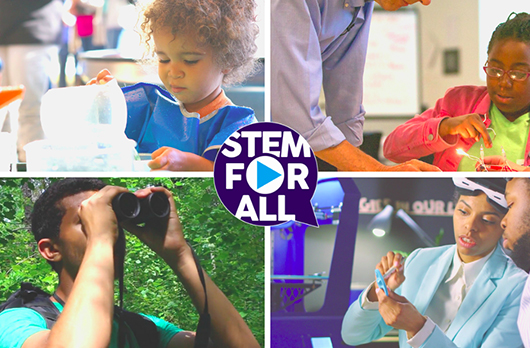 This event showcased cutting-edge NSF-funded work to improve teaching and learning and allowed colleagues affiliated with MSPnet, CADRE, CIRCL, CAISE, STELAR, CS10K Community, and ARC to view, discuss, and comment on each other’s work. The showcase also allowed members of each project to disseminate their work to the public at large, helping NSF achieve its goal of broad dissemination of innovative work. The Video Showcase continues to expand each year through 2019.

The culmination of over 25 years of research and development aimed at improving the teaching and learning of elementary mathematics, Investigations 3 maintains and builds on the philosophy and pedagogy of the first and second editions, and continues to be based on the work of real teachers and students. Investigations 3 is a focused, coherent, and rigorous K-5 mathematics curriculum, fully aligned to the content and practice standards of the Common Core State Standards (CCSS)
Investigations 3rd edition

As TERC continues to grow, the brand is updated to reflect the organizations core values. A new website is developed along with a new logo, typeface, tagline, and imagery.