Negative attitudes about mathematics and the poor performance of U.S. adults and students on measures of mathematical reasoning are well-documented problems that limit many people’s identities and career aspirations. At the same time, the last decade has seen a proliferation of out-of-school environments that foster making and tinkering activities. Enthusiastic participants in these activities are often engaging in mathematical reasoning without realizing it—and thus do not consider themselves competent mathematical thinkers. Is there a way we can leverage the popularity of making and tinkering to change people’s conceptions of mathematics and their identities with respect to math? TERC and the Institute for Learning Innovation delved into this question by convening over 50 researchers and practitioners from out-of-school math and making settings at the New York Hall of Science, Queens, for two days in May 2016. Here are a few insights that emerged from the collective wisdom of participants in the National Science Foundation (NSF)–funded Math in the Making workshop (mathinthemaking.terc.edu). 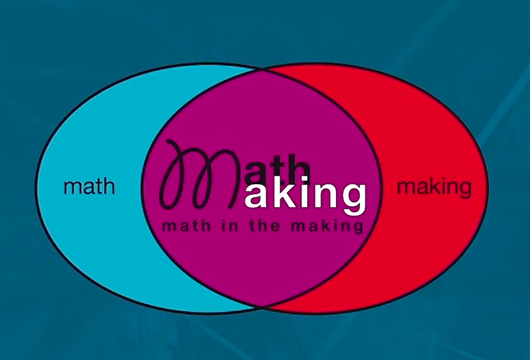 Math in the Making