Extending Mathematical Power (EMPowerTM) was created to integrate the best of K-12 mathematics education reform into the field of education for adults and out-of-school youth. EMPower was designed especially for students who return for a second chance at an education. Over the course of four years (2000-2004), a collaboration of teachers and researchers with expertise in adult numeracy education and K-12 mathematics reform developed EMPower. Teachers from Arizona, Maine, Illinois, Massachusetts, New Jersey, New York, Pennsylvania, Rhode Island, and Tennessee piloted lessons. From 2012-2013, teachers in New York piloted revised EMPower lessons.

The EMPower book series was first published in 2005 – 2006. In 2016, three of the EMPower titles (Using Benchmarks, Split It Up, and Everyday Number Sense) were updated and enhanced into EMPower Plus. All titles in the series align with the College and Career Readiness Standards for Adult Education. 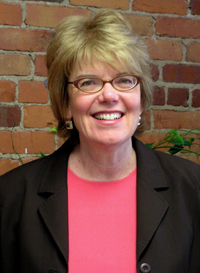 Mary Jane Schmitt, MEd, was the founder and first director of the Adult Numeracy Center at TERC. She was involved with adult numeracy—the intersection of the fields of adult education and mathematics education—for over 30 years. She taught and developed mathematics programs in Massachusetts and nationally. Both her doctoral work at the Harvard Graduate School of Education and curriculum development work focused on inquiry into the nature of adults’ mathematical thinking.

She was active in helping to establish the Adult Numeracy Network, an at-large affiliate of the National Council of Teachers of Mathematics. She believed ABE/GED programs can be sites for communities of learners (teachers and students) to more effectively engage with the mathematical demands of society. She was the recipient of the 2004 COABE Kenneth J. Mattran Award, given to individuals who has a distinguished record of achievement in promoting literacy at the national or international level.

Myriam Steinback, PhD, has taught mathematics at the community college and college levels and worked with teachers and prospective teachers on mathematics content and pedagogy for many years. At TERC, she was co-director of the EMPower project. She directed the Investigations Workshops for Transforming Mathematics, a professional development project for K-5 teachers, leaders, math specialists; and administrators implementing the Investigations in Number, Data and Space curriculum developed at TERC. Her work with schools includes parents who want and need to know the math their children are learning so they can support them at home. She sees the same issues and challenges that other out-of-school youth and adult learners of math face: lack of confidence in their ability to do math, reluctance about being able to understand enough to help their children, and ideas about ‘not having a math brain’. She believes that learning is a lifelong process. 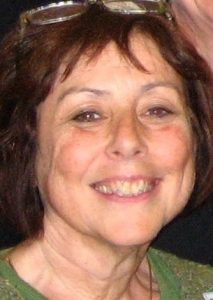 Tricia Donovan became a GED instructor in 1988, and worked for World Education as a Training and Development Specialist. Over the years, she participated and led work in practitioner research projects and coordinated numerous mathematics training sessions and study groups for teachers from Massachusetts and elsewhere. She also served as the editor of The Problem Solver, a mathematics newsletter, for many years. Tricia received her doctorate in teacher education and curriculum studies at the University of Massachusetts, Amherst. Her research focus was on epistemological change resulting from curriculum influences. 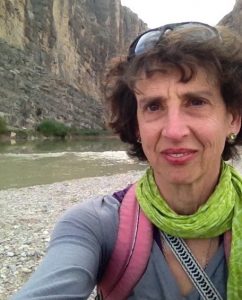 Martha Merson has worked in adult basic education since 1988. She was the co-PI and project director of the Statistics for Action project at TERC. She contributed to the development of Mixing in Math activities and training resources for afterschool leaders and librarians serving elementary school aged children. Merson has taught all levels of adult basic education learners and trained volunteers for the Center for Literacy in Philadelphia and then provided staff development on math, social studies, and science and writing through the Adult Literacy Resource Institute, Boston Regional System for Adult Basic Education Support Center. Martha holds an MS in organizational leadership and curriculum instruction from the University of Pennsylvania. 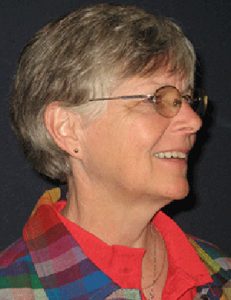 Donna Curry is an educator, curriculum developer, and professional development specialist with nearly 40 years of experience in adult education. For many years, she has focused on math standards development at the national level (Equipped for the Future National Standards and Standards-in-Action projects) and at the state level (including states such as Rhode Island, Washington, Oregon, New Jersey, Oklahoma, and Ohio). She has also worked on the National Science Foundation EMPower project and served as co-director for the NSF Teachers Investigating Adult Numeracy (TIAN) project. She co-developed and implemented the Adult Numeracy Initiative (ANI) project along with Mary Jane Schmitt. She is also the Director of the SABES Mathematics and Adult Numeracy Curriculum & Instruction PD Center, which provides professional development to adult education teachers in Massachusetts.

TERC is a nonprofit made up of teams of math and science education and research experts dedicated to innovation and creative problem solving. At the frontier of theory and practice, TERC’s work encompasses research, content and curriculum development, technology innovation, professional development, and program evaluation. TERC has a passion for social justice and strives to create level playing fields for all learners, reaching more than three million students every year.