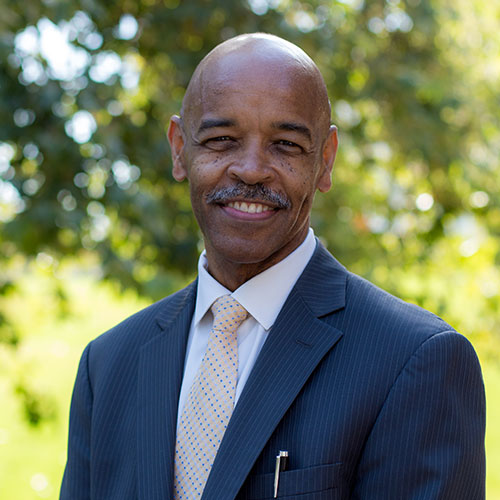 Dr. Joseph Johnson is the Founding Executive Director of the National Center for Urban School Transformation (NCUST) at San Diego State University. NCUST identifies, studies, and promotes the best practices of high-performing urban schools and districts throughout the nation. Specifically, NCUST identifies urban schools that achieve outstanding academic results for every demographic group of students they serve. They award and study those schools and then help other schools pursue courses of action that lead to similar equitable and excellent results.

While serving at NCUST, Dr. Johnson served as a Professor of Educational Leadership at SDSU, then as the Dean of the College of Education, and finally as the University’s Provost and Senior Vice President. In July of 2019, he retired from university administration to focus exclusively on NCUST.

Prior to coming to SDSU in 2005, he served for six years as a teacher in Southeast San Diego, as a school and district administrator in New Mexico, as a state department official in both Texas and Ohio, as a researcher at the University of Texas, and as a Senior Executive Service Director at the US Department of Education where he led the nation’s largest federal elementary and secondary education programs. He earned a Ph.D. in educational administration from the University of Texas, a master’s degree at San Diego State University, and a Bachelor of Science Degree (Magna Cum Laude) from the University of Wisconsin at Oshkosh.

He has received outstanding educator awards in both New Mexico and Texas. He has published multiple articles, book chapters, reports, and books. Most recently, he authored Teaching Practices from America’s Best Urban Schools and Leadership in America’s Best Urban Schools. Both books were co-authored with his wife, Dr. Cynthia Uline and their colleague, Dr. Lynne Perez. Drs. Johnson and Uline have three adult daughters who are pursuing careers in arts administration, social work, and librarianship.